I first began to preach in Hungary in 1987 with the intention of someday establishing a self-sufficient farming community with Radha-Krishna Deities at its center. That plan became reality when in 1993 we acquired the land which is now Krishna Valley, and which today is the national headquarters of the Hungarian yatra. From its very inception, Krishna Valley was centered around Radha-Syamasundara. When Their Lordships were installed in 1996, there were only three other houses on the entire property and most of Krishna Valley’s residents still lived in the nearby village. Yet even then Radha-Syama were the focal point of the farm and the source of devotees’ inspiration. Since that time Krishna Valley has grown, and Radha-Syama have become the worshipable Deities of not only the devotees in Hungary, but of devotees worldwide. Indeed they are the enchant ers of the twenty-five thousand guests who visit Krishna Valley annually.

And yet the worship of Radha-Syamasundara is not stable. It is dependent on income from book distribution, tourism, and occasional donations, all of which still fall 50% short of the overall maintenance. That shortfall is presently made up of the income the entire yatra gets from Hungarian taxpayers’ tax deductible donations, income that should go for preaching in Hungary, and which is dependent on ever-changing government policies. The Nitya-seva Project was inaugurated in 2002 to ensure permanent income for Radha-Syamasundara and in the last thirteen years, 10% of the needed investment has been either donated or pledged.

In the next few years I would like to secure the full amount, the earnings of which would maintain service (seva) to Radha-Syama, in perpetuity (nitya). That is the Nitya-seva Project, a program that ensures the most important aspect of Radha-Syama’s worship—unwavering steadiness.

Deity worship has been practiced in India for millions of years. Kings and landlords bequeathed to Deities surrounding lands and villages, the produce and taxes of which would maintain worship, including Deities’ clothing, ornaments, food offerings, and of course the devotees doing the worship, the pujaris. In addition, Deities’ patrons would donate money, jewellery, or other valuables which would be invested to generate further income for the Deities’ service. In this way many temples in India built up an asset portfolio that ensured that the steady worship of Deities remained independent from economic or political changes. This practice endured for millennia and has ensured that Deities in India, like Jagannatha or Balaji, have been consistently worshipped to the same standard over the ages. Srila Prabhupada also inaugurated a Nitya-seva program for the maintenance of Krishna-Balarama temple in Vrindavana and Radha-Madhava in Mayapura. He called this the Mayapur-Vrindavana Trust and one of its investments is the well-known MVT residence, hotel and restaurant in Vrindavana. A similar project is under way in Mayapur.

Following Srila Prabhupada’s example, I would also like to ensure the future worship of Radha-Syamasundara, and of Gaura-Nitai in Budapest. By securing the worship of the Deities, their Lordships in turn will ensure the prosperity of the Hungarian yatra, their foreign donors, and of the entire country. That is the transcendental system — take care of Krishna and He will take care of you.

The breakdown of Radha-Syama’s and Gaura-Nitai’s worship is detailed and is available separately. What follows is a general grouping of the total annual expenses for both sets of Deities, as well as the income that comes directly to Them. The proportion of Radha-Syama’s expenses to Gaura-Nitai’s is four to one.(The reason being the higher standard of worship and the additional Deities in Krishna Valley, Who are Laksmi-Nrisimha, Govardhana Lala, Gaura-Nataraja, Gopesvara, and Yogamaya.) Please note that the other sources of support that currently balance the expenses mentioned earlier - like book distribution - is not listed. What you see below is the total amount of expenses that we would like to cover.

This is how much a Nitya-seva investment fund would have to earn annually to maintain Radha-Syama and the other Deities.

When we first started the Nitya-seva Project, Hungarian banks were giving between 8–10% interest on fixed deposits. Those days are long gone. We have reinvested Nitya-seva into pasturing and agricultural land next to Krishna Valley and real estate in Budapest. These investments give a reliable 5% annual earning and the investment also appreciates. Real estate investment was Srila Prabhupada’s example with MVT. A Nitya-seva fund that earns 82m per annum at 5% interest would have to be worth 1,640,000,000HUF If we add to that figure an annual 5% inflation in Hungary, the total investment target is:
1,725,000,000HUF
€5,560,500
$6,061,500
£4,689,400

Traditionally a Nitya-seva donor sponsors one day of worship, which, including inflation translates to 236,000HUF. A donation that earns that amount is 4,725,000HUF. That means we are looking for 365 devotees, or groups of devotees, to sponsor 4,725,000HUF for every day of the year. If this is something that you feel inspired to do, then please contact us at the Nitya-seva Office, [email protected] and either I or one of the team will be in touch with you.

I will briefly answer some questions that devotees raise about the Nitya-seva donations.

Does the 4,725,000HUF have to be given all at once?
Preferably. But we can also tailor-make an instalment scheme for you over 5 years.

I already paid a Nitya-seva some years ago. How does that count?
Your Nitya-seva is part of the present income. Because interest rates have decreased and expenses increased, donors who want exclusive sponsorship of their day may raise their earlier donation to the current amount.

What if I paid a Nitya-seva but can’t afford to increase it?

Then we will share your day with another sponsor whose donation will bring the investment yield to the full amount for that day.

How do we know the investment fund is wisely invested and managed?
Major donors, initiated devotees of twenty year standing who are in the real estate business, will be constructing houses and apartments dedicated to facilitate Nitya-seva investments. The management of these properties and their annual earnings is under the leaders of the Hungarian yatra.

What if I would like to donate, but the total amount is too much for me?
All donations are welcome. If you can get together with a group of friends to make a full Nitya-seva, that is ideal. If not we will group smaller donations together.

Dear Devotees! I am seventy-one years old. Twenty-four years ago we installed Radha-Syamasundara, who are my life. Before I leave this world, I would like to see that the worship of Radha-Syama and
Gaura-Nitai is secured and not dependent on possible fluctuations in the Hungarian yatra’s income. You have participated in other significant projects in Hungary such as the construction of Radha-Syama’s temple, its renovation, and recently in the altar renovation. For these services Krishna gives the following blessing, “One who offers the Deity gifts of land, markets, cities and villages so that the regular daily worship and special festivals of the Deity may go on continually will achieve opulence equal to My own.” (SB 11.27.51)

But none of these projects equal the scale of this Nitya-seva project. It is huge! I am completely dependent on your assistance and on Radha-Syama to inspire you from within to help.

If this project is dear to your heart and one that you can assist in and need information on, then please contact me and let’s talk. Again, donors can send money to the dedicated bank account below along with their devotee and civil name, and e-mail, so we know who they are. 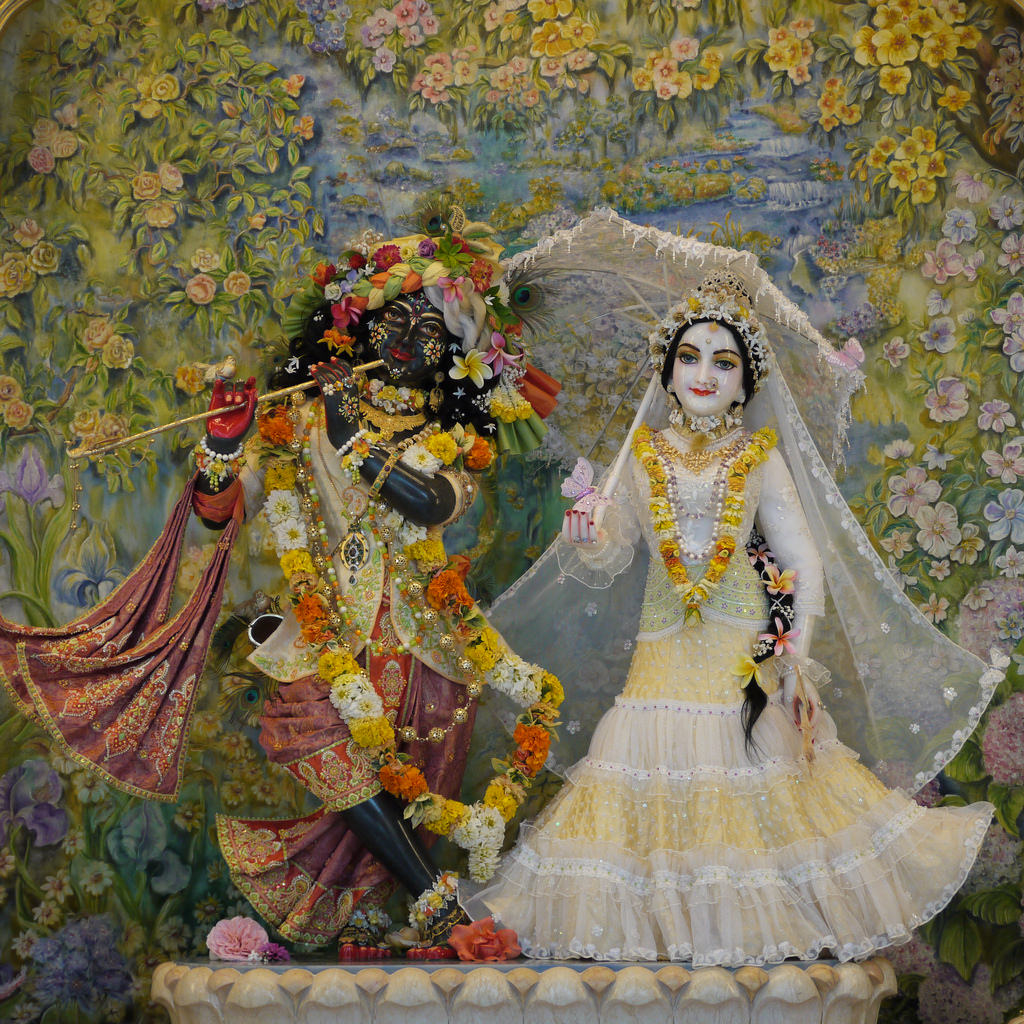